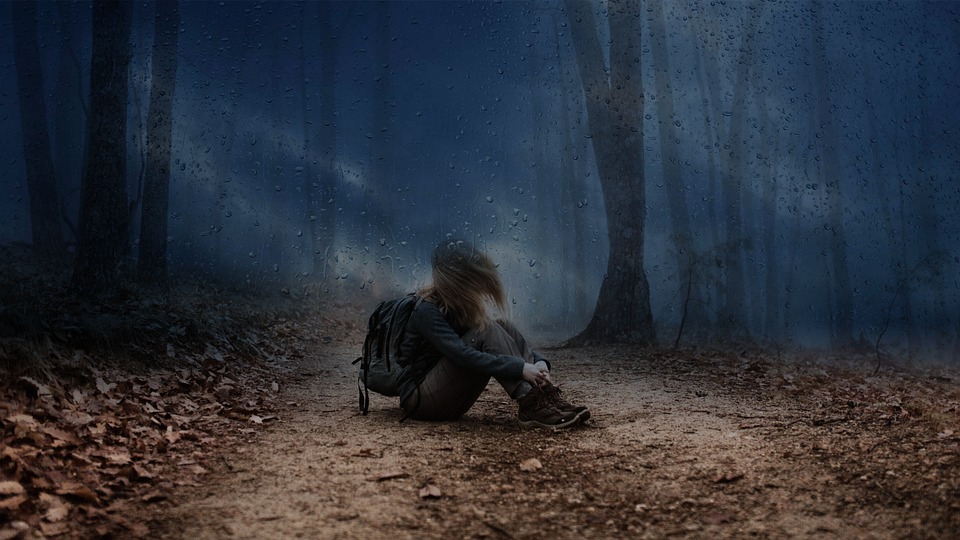 Shraddha Walkar, a name when anyone listening makes them sympathetic and Aftab Poonawala, makes people angry. The inhuman murder has sent chills down the spine of everyone in the country. The gruesome death is covered by all the media platforms, and the angles are as problematic as they get.

From dating apps, religion, and gender norms to only focusing on how brutally she was murdered, the coverage holds different propaganda. But what do I, as a middle-class girl feels after seeing all this? I am scared and horrified. Being from Delhi, I have been seeing cases of serial killings, rapes, domestic violence, and many more.

However, there was always a hope India will become a country where the safety of women is common and I guess, this will never become reality. I have been a person who loves travelling but there was always a fear for me and my parents and continuous calling if I got a little late. Earlier, this made me angry but now seeing cases like Shraddha it feels right for them to be concerned and overprotective.

The murder has generated a lot of interest, not just in the gruesome details but also in her boyfriend-murderer. People have sought out his social media profiles to leave comments that express anger, shock and pain. Media outlets have recreated scenes via animations or dispatched their journalists to the Mehrauli forest, where the chopped-up parts of her body were disposed of by Poonawalla.

Human beings have always been fascinated by the nature of evil. We are told that evil is the antithesis of good and that in matters of morality, grey areas do not exist. In such a world, how does one make sense of this crime? And, how do people who believe in the so-called quote “Everything is fair in love and war” justify it?

One way to approach it is to sensitise ourselves about the dynamics of abusive and toxic relationships which is not new in our society. It would be prudent if the media, instead of poring over every brutal detail of the crime, brought in psychologists who can speak about trauma. Perhaps we need more awareness of trauma bonding, a psychological phenomenon due to which the abuse victim is unable to leave the abuser.

It might stop the questions thrown at the deceased victim, among which the main one is, “Why didn’t she leave?” Yes, it comes to my mind too and the thought if she had realised of leaving him then maybe she would have been alive.

Women from a young age have been prepared for marriage and across the world, a successful relationship is seen as a life achievement or marker that all must possess (thanks to Social Media for contributing to this). If a relationship fails, women were blamed and till now this ritual is continuing leading women to stay in abusive relationships.

This is not new, there have been so many cases related to dowry deaths, women getting into depression or attempting suicide due to continuous torture. When will this stop?

Victim blaming in cases of sexual assault or murder of women is nothing new, of course. But those who are holding up this murder as a cautionary tale and a prompt for girls and women to pack up their freedom to make life choices and crawl right back into the shadows of patriarchy, are either laughably naïve or deliberately misleading.

The moral police are using in this case to reinforce the patriarchy upon educated women who exercise free choice, terming the ‘liberalism’ of live-in relationships as the root cause of the murder. But the root of the matter is that women have few safe spaces and sometimes, what are red flags might appear as a loving, safe space to someone.

The fascination with serial killers and psychopaths can be seen by the rating of the show “Dexter”. The comments and anger on social media with the trauma of Shraddha Walkar are all privies to the ghastly details of the murder but not about the nuances of domestic abuse.

How many of us will believe a friend or a family member if they choose to tell us about abuse by an intimate partner? Wouldn’t we wash our hands off it because we don’t want to get in the middle of two people or advise them to adjust and compromise?

This murder should bring the focus back to the common violence in India. While many of us may not be able to spot a psychopath, we can easily spot red flags in relationships we have with other people. There is a need to create more awareness and empathy towards survivors of abuse and racialized violence. We as an individual, need to create safe spaces in homes so that women do not feel scared to share intimate stuff and to take action if required.

We need to stop romanticising and fetishizing the perpetrators of gendered violence. It is heartbreaking that Shraddha died believing in true love and did not have access to safety. But we need to now give her dignity in death and stop assassinating her character for exercising her choices.

The victim blaming that is flagrant on social media, the memes and the “love jihad” angle are all sad spectacles of the lack of collective empathy. Shraddha Walkar deserved better in life and now nothing will bring her back from death.

SHRADDHA WALKAR MURDER – AS A GIRL, I AM SCARED

A middle class girl with dreams, Nishtha Goyal has been working in the content marketing industry for over 6 years. An extrovert, she enjoys travelling.
Tags: I AM SCARED, SHRADDHA WALKAR MURDER - AS A GIRL