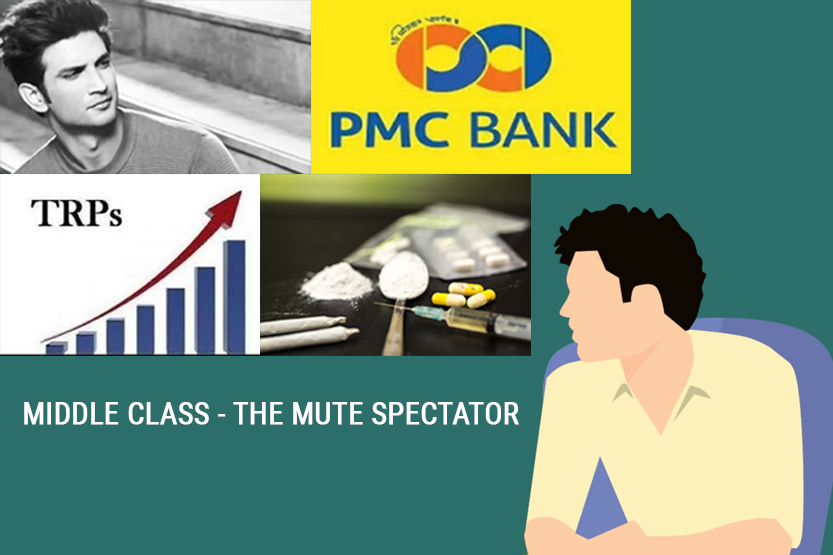 Sushant Singh Rajput, Bollywood drugs, Television Rating Points (TRPs), Punjab & Maharashtra Co-operative (PMC) Bank… The Indian middle class sees it all happening around, but as is their wont – They will not speak up! It is the reflection of a deeply flawed mindset which led one to believe that even collectively raising the voice won’t make a difference.

The middle class must realise that there will be serious implications of the events unfolding in front of them on their lives. Let’s talk about the issue that’s affecting the middle class directly – PMC Bank scam and the scary thought of losing the hard-earned money; even an issue as pertinent as this fails to bring the middle class together. It is important to understand that at the end of the day, it’s the numbers game! You are heard only when you make enough noise; if you don’t, you will remain unheard.

Whether it is Sushant Singh Rajput, Bollywood drugs, TRP, PMC, or any other case, the middle class must come forward, and exert pressure. Remember, those in power will act only if they see political fallout. Let’s continue to strive!

SHRADDHA WALKAR MURDER – AS A GIRL, I AM SCARED