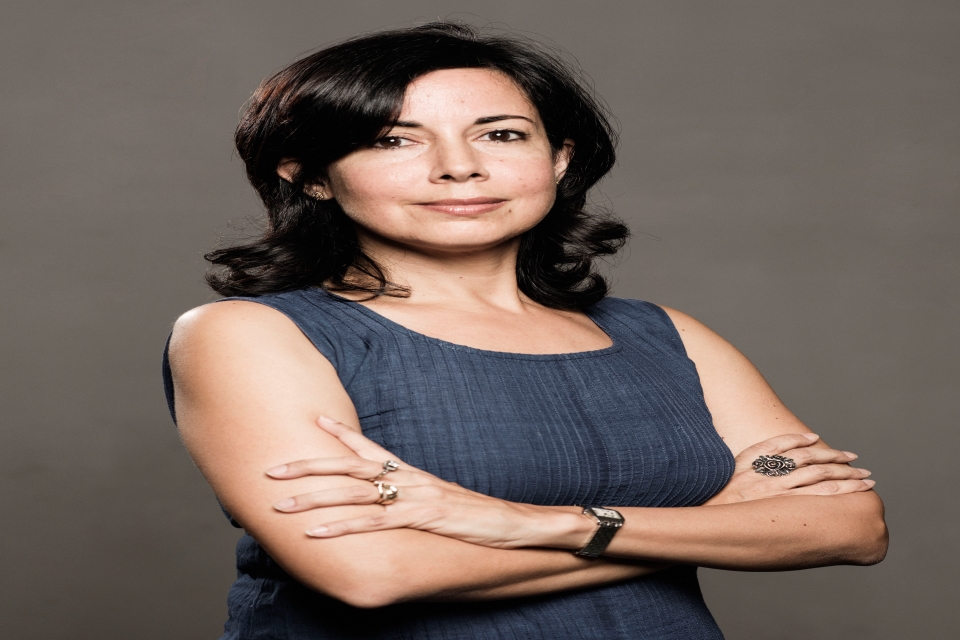 Delhi based author Ira Mukhoty looks through history and mythology in her endeavour to ascertain the position of women in India. Through her popular and well acclaimed books Heroines: Powerful Indian Women of Myth and History and Daughters of the Sun: Empresses, Queens and Begums of the Mughal Empire, Ira tries to unravel the many intricacies and prejudices that have prevailed over centuries.

Her writings are helpful to us in reconnecting to the historical and mythological works in ways that makes them more relevant for us than ever before. Her passion in revisiting the mythologies gives prominence to the female protagonists that have been otherwise sidelined in those texts.

At the Jaipur Literature Festival (JLF) 2022, Ira gets candid with the Middle Class Hub as she explains how over the centuries typical standards have been set for women, and even in contemporary times. Ira stresses on the need to revisit those mythological and historical characters from different perspectives, from the perspectives that make an instant connection with the lives of contemporary women. Excerpts…

Middle Class Hub: How are the mythological women characters relevant for the middle class Indian women?

Ira Mukhoty: They are very relevant because actually a lot of stories are from the epics, and epics are something that everybody reads, everybody knows about from North to South from East to West. For love of our Gods and Goddesses, we know so much about them but in a way, story of women in our epics are used as cautionary tales to control the women of middle class today. We are often told stories that suggest that don’t laugh too loudly like a Draupadi, or don’t step outside the Lakshman Rekha, don’t behave a certain way, or behave this way.  This way what is taught to us is actually a Brahmanical concept. It was not there in the original epics.

Middle Class Hub: Why have the do’s and don’ts perpetuated till today for women in India?

Ira Mukhoty: Written stories show women as all sorts of characters, fiery characters, angry characters, scholarly women, women who did many things but over the centuries, especially in the 20th and 21st century with Bollywood, with commercial culture, pop culture, the way the women have been presented to us, it is actually middle class Bramanical sort of idea that women should be only like this.

Women should be fair, lovely, they should be wearing jewellery. Typical standards have been set for them, if you fall outside of the standards, then you do not get rewarded the way you should be. So, women also become complacent that okay, I will also treat my daughter in a certain way because then I am being rewarded for that behaviour. So, we must try and unshackle ourselves from this kind of constraints and understand what the original women in epics were actually trying to tell us. That’s why I think there is so much interest (in epics), and year after year there are no interpretations (of the characters), because I think many people are trying to understand that. 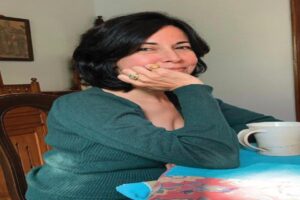 Ira Mukhoty: They can, because a lot of things they were facing were similar to the present day concerns. Women followed their impulses.

We think that a lot of things that women were facing during the Vedic times that were written about was different than ours, but they were actually not. Even then, women were concerned about the person they would marry, or whether they would have children, how to raise their children, how to keep them safe, how to protect their standing in society, like the many concerns that we also have today.

There were also women who followed their own impulses just as we must try and do today. When Draupadi found that none of her husbands were able to protect her, even Krishna was not able to protect her, then she kind of stood up for herself. Finally, she realises that even though I have so many men in my life, I have to stand up for myself, and I think that is an important lesson for middle class women today. That it is okay to express anger if you have been wronged. If you want to become a scholarly woman like Gargi then you can learn the Vedas, you can learn whatever you want to. Even Draupadi was called Pandita because she was a learned woman.

Middle Class Hub: Why do epics such as Ramayana and Mahabharata continue to make their space in our everyday lives?

Ira Mukhoty: Both the epics are so huge that somehow they takeover even our day-to-day lives. Many of the traditions that we have are rooted in those epics, so we keep reinforcing those things; it has just taken over our imagination and is reinforced by popular culture, even the movies that continue showing certain things.

These stories have been narrated to some of us by our grandparents, sometimes during our formative years. The larger than life image of characters like Sita, Draupadi do have a great impact on women. I think we need to look more closely at the text and understand the relevance today because those women faced similar issues, not so different from what we have today.

Middle Class Hub: How are the stories of historical women more relevant for the middle class women?

Unless flaws are told we can just worship them, but we can’t try to emulate them. We can’t be like them if they are Goddesses but if they are like normal women who had moments of despair, who got angry, then they can also try and overcome their challenges. We must go beyond worshipping historical women.

For example, Rani Laxmibai, at one point, when the English have besieged Jhansi, she has reached the wall, and she knows that next morning they will come charging through, and she has a moment of sadness, almost of panic, and she tells her advisor that I will sit by the wall and I will blow myself up. With Jhansi, I will burn. Her advisor says don’t do that, you still have to lead the charge, you still have to lead your people, you have to save yourself that you can continue fighting but she had that moment of despair.

If you don’t have a moment of despair, if from your birth only you are wonderful then how do you become a great person. It’s important that the flaws of historical women are also told to the women of our times.

Ira Mukhoty: We need to understand that even the historical women have the usual vulnerabilities, feelings of malice and jealousy, which they try to overcome. Their lives can inspire millions of women today who are battling their very own challenges.

We must go beyond worshipping historical women. There has been a lot of progress. However, a lot of progress is scattered. We have actual living, breathing historical women. Let us look how they have lived their lives. The popular culture tend to present these women as unimpeachable Goddesses, they are so pure, they are so domesticated, so above you, that you must also be like Sita but I think that is harmful for women.

Middle Class Hub: As an author who writes on historical women, what message do you have for today’s women?

Ira Mukhoty: I suppose there has been a lot of progress in the last 20-30 years. However, there is still much to be done. A lot of progress is limited to urban towns, urban women. For the larger audience, I would say that they must take inspiration from the past and use that to inspire themselves and their daughters.

Though we say that feminism has come from the West, but that’s not true. We must not believe this narrative that it is a Western concept. We must not forget that India has had strong feminist women from the epic times like Gargi, who was a scholar and did not want to lead a married life.

“WHEN IT COMES TO HEALTHCARE, LET DOCTORS DECIDE”

CALLING ATTENTION TO THE PLIGHT OF THE MIDDLE CLASS