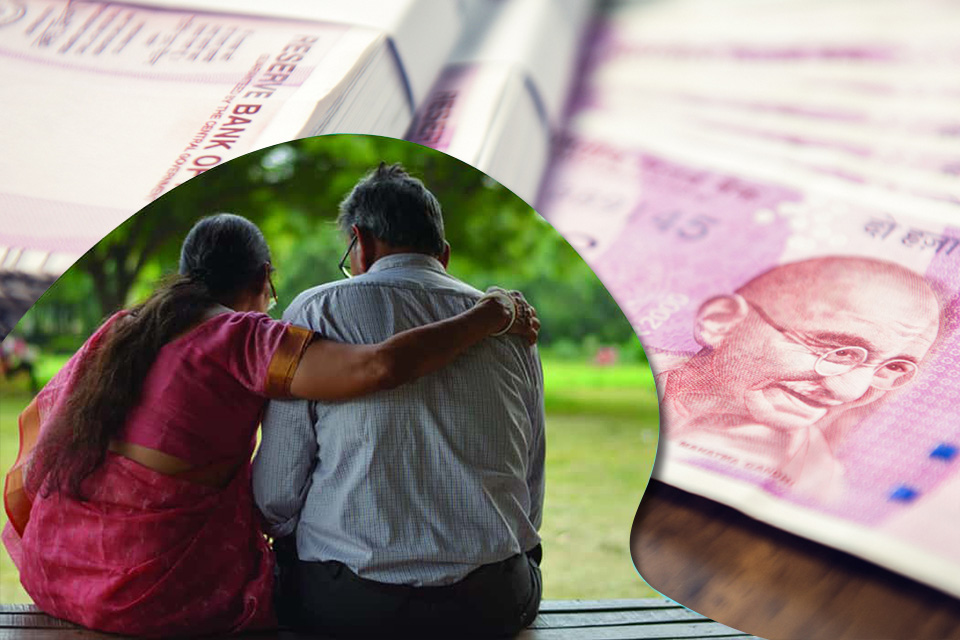 After spending the better part of our lives in strengthening and ensuring the high productivity of the institutions, we, the middle class, are often ignored during the post-retirement days.

The All India Bank Pensioners And Retirees Confederation (AIBPARC) has been pursuing the pending issues of Bank Pensioners and Retirees with the Government and Indian Banks’ Associations persistently. In the wake of spread of Coronavirus, we as a body of responsible senior citizens, concentrated on mobilising donations from Bank Pensioners for PM-CARES FUND to make our humble contributions to mankind; the total amount of donations by Bank Pensioners aggregated to about Rs. 4.00 crores of which Rs 2.32 crores was by us (AIBPARC). This is apart from individual contributions made by our members to PM-CARES FUND, PM Relief Fund & VARIOUS CHIEF MINISTERS’ RELIEF FUNDS directly.

Meanwhile, Indian Bank Association (IBA) and United Forum of Bank Unions (UFBU) have signed Memorandum of Understanding (MoU) regarding WAGE Revision on 22.07.2020, as a culmination of protracted negotiations on Charter of Demands. It is pertinent to mention that the Charter also included the demands of Bank Pensioners. With improvements in Family Pension at par with Government and RBI Family Pensioners, we are confident that other issues of Bank Pensioners mainly the most long pending Issue of Updation of Pension will be resolved. We further feel it is necessary to briefly explain the issues putting forth our points.

Updation of Pension has been duly provided in the Banks’ Pension Regulations (a Subordinate Legislation). Regulation 35 (1) clearly provides that Basic Pension and Additional Pension, wherever applicable shall be updated as per the formula given in Appendix I (GAZETTE NOTIFICATION NO.9 Dated 1.3.2003). Appendix 1 contained Formula then prevailing for Government Pensioners which was considerably improved for the Government Pensioners in the Sixth and Seventh Pay Commission Recommendations.

It is thus a statutory obligation on the part of the Banks to implement Updation of Pension periodically as and when there is a Revision of Salary. However, it has not been implemented and we are continued to be denied justice. However, RBI Pensioners have been granted updation of pension w.e.f 1.4.2019. It is further heartening to note that NABARD has also decided to implement the updation on the same pattern as was done in case of RBI. Their Circular No.733 dated 20 August 2020 contains a direction to pay Interim Relief to the extent of 60% of the Notional Increase from August 2020 along with DA Relief pending approval from GOI. We request you to resolve this long pending issue by implementing Pension Regulation 35 (1) OR at least grant us the same Updation Factors as in case of RBI/NABARD Pensioners.

Even at the cost of repetition, we would like to state that Pension is held by the Supreme Court as Deferred Wage and not a Bounty and Wage Revision and Pension Revision are inseparable. It is also important to mention here that Pension is paid out from Pension Fund which is initially constituted out of PF Contributions surrendered by the Bank Employees and then onwards the Bank’s portion of PF Contributions to the Employees directly continuously going to Pension Fund; the same has grown as a Strong and Sound Pension Fund along with Yield earned on that. As per the Pension Settlement of 1993, Pension is given as Second Benefit only as available to Government and RBI Pensioners. Pension Scheme in Banks is identical to Government and RBI Pension Scheme.

This being so, we are wondering as to why such a procrastination on the part of Bank Managements represented by IBA to undo the injustice very harshly meted out to Bank Pensioners who contributed the most to the overall Economic Development of this Great Nation serving every section of the Society in hardship centres, insurgency infested areas, terrorist affected places and even in dangerous Border Terrains. We only wish that You will understand and appreciate the anguish, anxiety and genuine and reasonable expectations of Bank Pensioners and Retirees with regard to Updation of Pension.

“MIDDLE CLASS MUST VOTE IF THEY WANT TO BE HEARD”

AN INDIAN, A WAR-RAVAGED COUNTRY, AND THE UNENDING WAIT – “THEY ARE KILLING ME EVERY DAY”